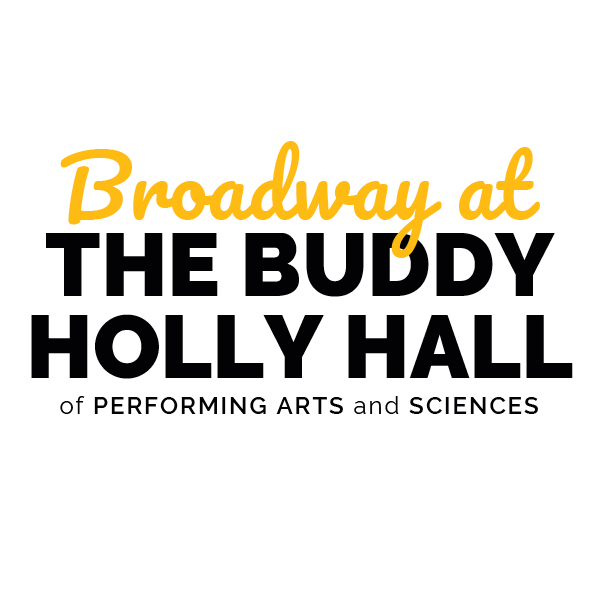 The American Theatre Guild, in partnership with the Lubbock Entertainment/Performing Arts Association (LEPAA), is proud to announce a partnership to present Broadway at The Buddy Holly Hall of Performing Arts and Sciences, beginning with the 2020-2021 season. The American Theatre Guild will bring national tours of Broadway musicals and other touring productions to the Lubbock community.

The American Theater Guild is thrilled to add Lubbock, Texas to their list of markets. As the largest not-for-profit Broadway presenter in the country, the addition of Lubbock increases the number of markets that the organization supports to 12.

“We are excited to bring the performing arts and family programming to The Buddy Holly Hall next year,” said Amy Hamm, Executive Director of The American Theatre Guild. “The interest and enthusiasm for Broadway in Lubbock is clear, and we look forward to bringing a variety of high-quality productions that appeal to people of all ages.”

STAGING THE FUTURE is the educational outreach segment of The American Theatre Guild. Through this outreach, The American Theatre Guild brings underserved youth in each community it serves into the theater to experience the wonder of a Broadway show and to educate young people about how they could become a contributing member of the arts community in a wide range of ways – by performing, creating sets, selling tickets, publicizing the shows or a host of other positions which combine to bring touring Broadway to the stage. STAGING THE FUTURE develops workshops, arranges master classes, and often sets up Meet and Greet opportunities and Question & Answer sessions.

The American Theatre Guild brings the latest and greatest Broadway shows to Eugene, OR; Santa Barbara, Thousand Oaks, and Riverside, CA; Phoenix, AZ; Colorado Springs, CO; Wichita, KS; Kansas City, MO; South Bend, IN; Birmingham, AL; and Toledo, OH. Averaging fifty to sixty shows per year across all markets, The American Theatre Guild provides a wealth of arts support and entertainment in all these cities and is dedicated to providing the experience of live theatre to foster passion, inspire creativity and empower youth within our communities.

The American Theatre Guild looks forward with enthusiasm to working in partnership with Lubbock Entertainment / Performing Arts Association (LEPAA), to enrich Lubbock with a wealth of Broadway entertainment, to include the youth of Lubbock with positive theatrical experiences and to promote the arts in the community as a whole.

“When we first met with The American Theatre Guild, they stood out as a leader in the industry,” said Michelle Stephens, LEPAA Executive Director. “Not only do they have huge success presenting Broadway in 11 other markets across the U.S., their mission to bring arts to youth in communities they serve aligns perfectly with LEPAA’s mission to enhance arts, entertainment and education across the South Plains.”

To be first in line to hear all the exciting news about the 2020-2021 Broadway At The Buddy Holly Hall Series sign up for our email list here.

The Spirit of Performance

We use cookies on our website to give you the most relevant experience by remembering your preferences and repeat visits. By clicking “Accept”, you consent to the use of all the cookies.
.
Cookie SettingsGot It, Thanks!
Manage consent

This website uses cookies to improve your experience while you navigate through the website. Out of these, the cookies that are categorized as necessary are stored on your browser as they are essential for the working of basic functionalities of the website. We also use third-party cookies that help us analyze and understand how you use this website. These cookies will be stored in your browser only with your consent. You also have the option to opt-out of these cookies. But opting out of some of these cookies may affect your browsing experience.
Necessary Always Enabled
Necessary cookies are absolutely essential for the website to function properly. These cookies ensure basic functionalities and security features of the website, anonymously.
Functional
Functional cookies help to perform certain functionalities like sharing the content of the website on social media platforms, collect feedbacks, and other third-party features.
Performance
Performance cookies are used to understand and analyze the key performance indexes of the website which helps in delivering a better user experience for the visitors.
Analytics
Analytical cookies are used to understand how visitors interact with the website. These cookies help provide information on metrics the number of visitors, bounce rate, traffic source, etc.
Advertisement
Advertisement cookies are used to provide visitors with relevant ads and marketing campaigns. These cookies track visitors across websites and collect information to provide customized ads.
Others
Other uncategorized cookies are those that are being analyzed and have not been classified into a category as yet.
SAVE & ACCEPT